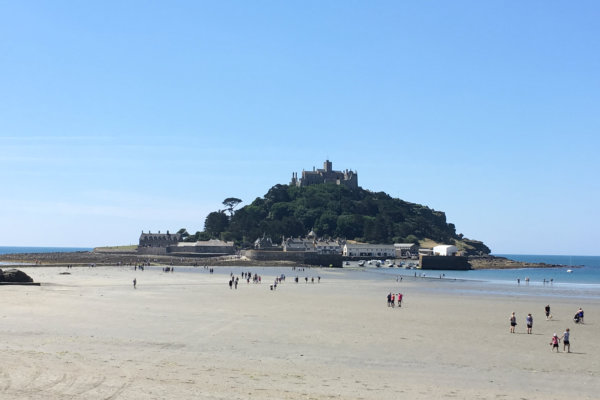 Stay with us and visit St. Michael’s Mount

The vast majority of our guests to Marazion come to us having been lured by the grandeur and mystery of visiting St Michael’s Mount, specifically the giant and the legends surrounding them. For those staying in our various accommodation types, we offer a wealth of information on our Reception desk such as tide times so walking across the prominent causeway is ticked off the bucket list, opening times for the gardens, activities for the children and guided tours to name but a few.

Having grown up in Marazion and St. Ives, it seemed rather ridiculous to us that our children at aged 6 years old, had never made it up to the castle. Sure, they had walked the island’s streets, played in the harbour and knew the tales of Cormoran and other local giants well, not forgetting Jack the Giant Killer of course who was, as legend says, just a small boy. Zac and Rory even knew that they would be able to see the Giant’s heart-stone in the cobbled steps on the way up to the castle, but they had never seen this themselves (now Rory’s favourite thing about the Mount)! Bad mum. One overcast morning in early September 2018, we decided to change that. Having been walked to The Mount’s harbour and having visited the café many times before, we thought best to stock up on cans of water and healthy snacks from our little shop at the holiday park, rather than pay a premium on the island. Unfortunately for us, we hadn’t timed our trip well enough to walk across the causeway, but at only £2 per adult and £1 per child each way, the ferry made a fun alternative and added an extra exploration element for the boys! It was a sleepy start to the day for the Mount, possibly due to the weather coming in a little drizzly, but this worked in our favour as it was reasonably quiet! As soon as you arrive to the island itself, there are people ready to hand you a map – these knowledgeable people are  ‘Where can I park my child’s buggy so we can climb the cobbles to the Mount?’ (after you’ve paid your entry to the castle there’s an undercover parking area) and ‘Can dogs go up to the castle?’ (No, they can’t by the way).

After paying for your tickets to get into the castle (National Trust members fare well here, or Adult: £10.50, Child £5 – family tickets available) you get to walk up the cobbled slope and begin ascending to the giant’s lair. Interestingly enough, in the 19th Century, work was started to repair parts of the chapel – the repair work unearthed a cave of mystery where inside was found the hidden tomb of a Skeleton that measured 7ft 8inches and a leather jug. No one knows who or why to this day! Another mysterious fact that adds to the children’s interest… It’s a long and steep walk to the castle and best done in sensible shoes – especially on a damp day such as our experience!

As you can only expect, the views from St Michael’s Mount over Mounts Bay itself are spectacular, and it’s really refreshing to get a different aspect of Marazion (John’s favourite thing) – cue lots of visitors going selfie mad #StMichaelsMount #wow. For us, it was a wonderful place to sit down, take in the panoramic views, and accidentally eat all the contents of our lunchbox…

The Castle is a history lover’s dream, with artefacts on show and guides around every corner to narrate your journey. Children can take a dive into the past too, collecting stickers on a card which explain important artefacts and the families who have lived in the castle (FYI – the Basset family apparently owned the Mount in the 14C but lost it all on a bet regarding a horse race from the Mount to Tehidy Woods – typical… I was a Bassett before marrying into the Smith way of life – double T though).

Walking around the ramparts is not a vertigo sufferer’s ideal pastime, but it really puts into perspective what a feat it is to build such a magnificent building with so many variables to consider such as tide, weather and exposure! We were most surprised of all to see a full Samurai armour (Zac’s favourite thing), a range of truncheons and batons from the island’s own police service and a vast collection of other weaponry!

At the end of the castle tour, all kiddiwinks receive a medal to celebrate their resilience at climbing to the top of St Michael’s Mount – everyone’s happy!

A nod has to be given to Normandy’s Mont St. Michel which is St Michael’s Mount’s bigger twin – this huge island now has a permanent walkway/dyke ‘La Lisière’, to connect pedestrians to the mainland and still retains nuns and monks in the Abbey. I however, love that our St Michael’s Mount retains its elusiveness and mysterious when surrounded completely by sea. Having visited MS.M twice, I still feel I need to return – the same that many of our guests say about our own little island.

All that was left for us, was to get back on the ferry and stop off at Philp’s for a shortcrust steak pasty! You can often find us chilling out down the Gwelva (the seating and viewing area down the lane next to Morva) pasty in hand and mouth with the pastry flakes down our jackets – perfect. Make sure you say ‘hi’ if you see us first! 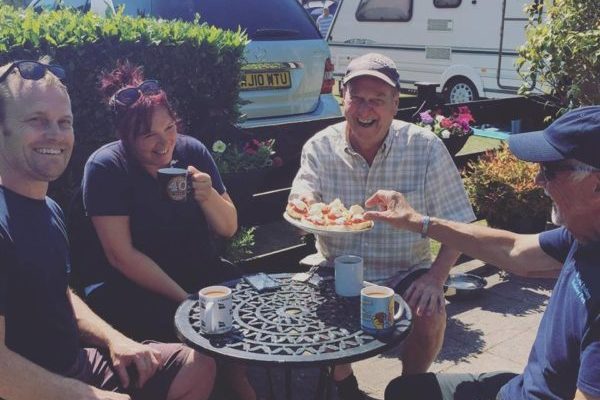 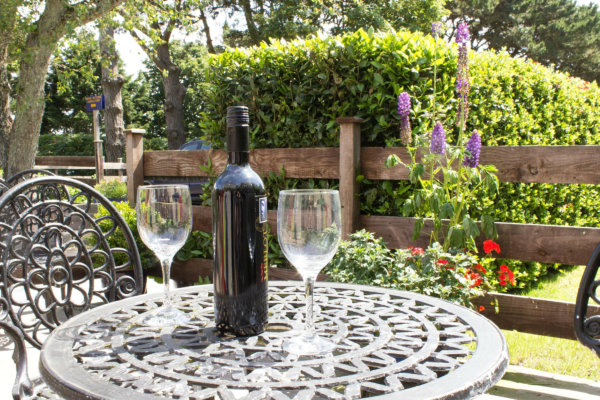 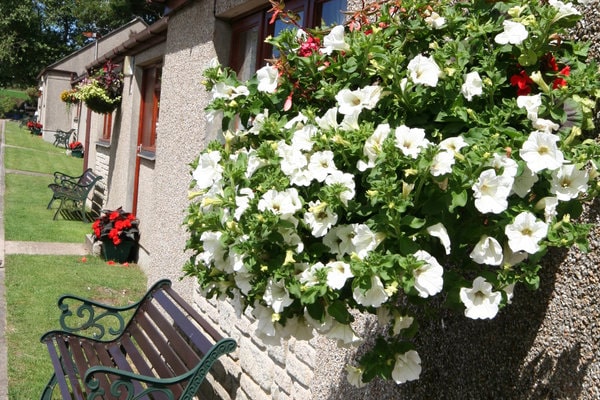